The normal procedure for uncontrolled cattle on highways is to quickly shoot them. The law at all costs, protect the public from smacking into them at splattering speed. Local highway patrol will do whatever it takes to stop a possible accident. Right or wrong, once the law takes charge, no matter the value of the critter, whatever the cause of the problem it is costly now. Yet this can be avoided. 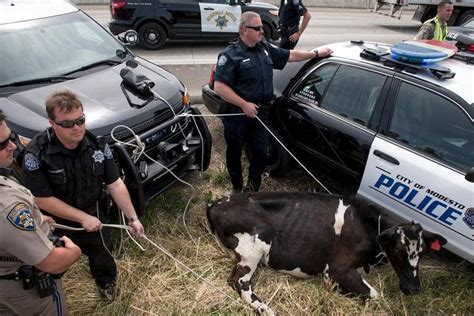 The owner of this cow was possibly lucky. He may have been charged with a ticket for $600 for unsecured load, maybe speeding, possible going the wrong way, or a high dollar J-walking fine. Regardless, it could have been avoided. It wasn't without costs. 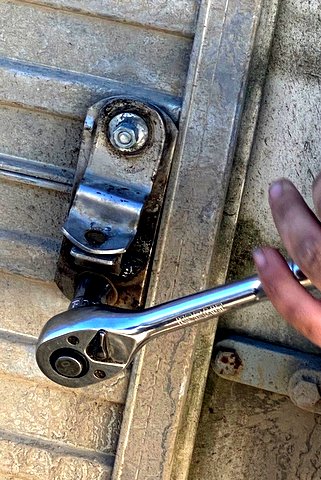 Last week one of the DCC hands was replacing the latch on a trailer. When asked what was the deal he said the bolt had broken and the latch came apart. He had welded it and used a stronger bolt. 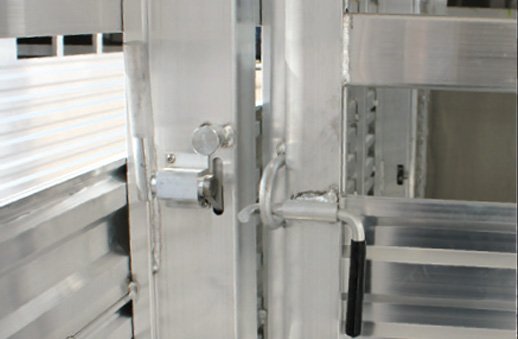 This is a new shiny trailer built by professional welders. However, when a ton bull starts bouncing around, this latch only rivals a can opener. The welders here could be excellent craftsmen, but may never have hauled a load of bulls in their beautiful trailers. That is the disconnect. One person is a professional transporter and the other a welder, never the twain shall meet. 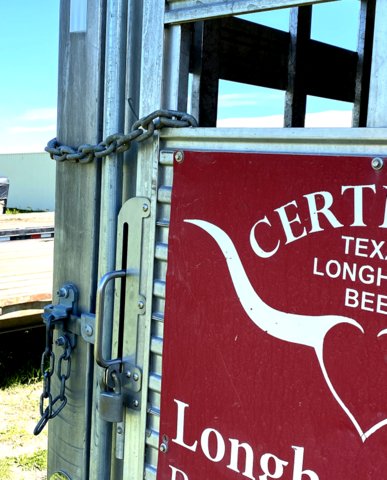 This trailer has some cutesy "safety" latches, most of which can be removed with a small wrench. Do not assume these are real trailer latches for valuable cattle. Here again the professional welder that built this quite possibly never hauled cattle for a living -- especially valuable cattle.

Every professional transporter will have a heavy chain, not just on the latch, but around the whole door assembly. It needs to be about 30" or less with a honking big lock. Always slide it around so the lock is inside and it won't wear scratches on your promotion signs or off-color the aluminum.

This isn't enough. Also have an equally honking big chain on the side doors. There are gunsels out there, unincarcerated, who will open a trailer gate and release cattle on an interstate while you are at a fuel station, or stopping at a restaurant.

IfÂ  you spend the night at a motel and don't have a chain, back up to a solid building so no one can open your rear gate.

We do not live in your grandfather's world. People are different -- certainly not in a good way.