Helotes, TX -- In the fall of 2011 a group of Texas Longhorn producers staged a conference at Helotes, Texas. Everyone was invited. It would deal with ways to be profitable with breeding, raising, caring for and anything to encourage producers to be better -- do better. A series of speakers were invited for a panel discussion. I was asked; but flying to San Antonio, renting a car and spending 3 days to sit on a panel was not attractive at all.

I appreciate folks who want to organize conferences and help their fellow producers to succeed. As a prepared effort, the following link is the video produced for the Helotes Conference. This was the
film for the producers "Putting It All Together."

If it were done today, nearly 10 years later, I would have used the following modern, more improved specimens to talk about. A lot of things have changed in 10 years, but the statistics and recommendations are mostly ignored that were offered. With exception of some graphics, hopefully this info will still be helpful as 2011. 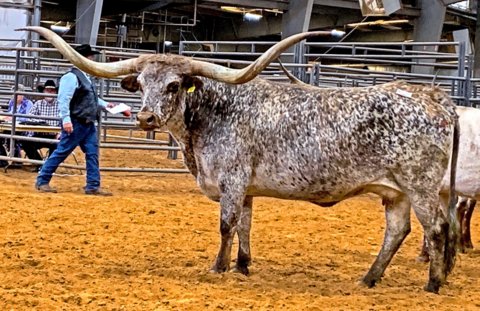 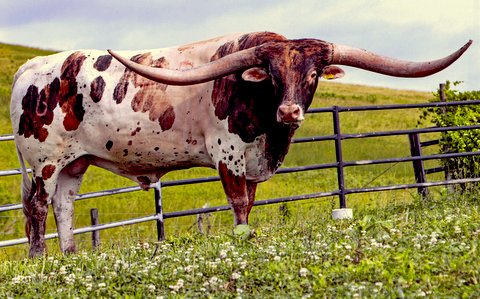 Bulls of the future will weigh over a ton and have over 90" horn T2T.

This is one segment of the Dickinson Cattle Co film effort. Documentarys on 39 sires
and special educational segments are listed on www.texaslonghorn.com