The Draw Down Technique

In the year 1880, as Texas Longhorns were lumbering northward up the trails, if there was a hoof problem, or a steer requiring medical attention, there were no corrals or BRY squeeze chutes along the trail. A steer was roped by the horns and heels then stretched out flat on the ground, medicated and released. It was fast, economical and it worked. Most medications were hot-iron searing of an open wound or trimming a damaged hoof just the same as a cow hand would trim his horse's hooves. This required two seasoned cow-hands and a couple people doing ground work. Or, as Hillary might say, "It takes a village." 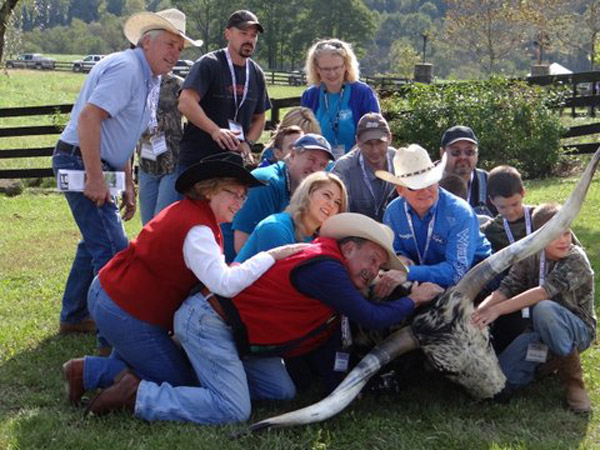 In the 1880s there weren't 14 friends and family members ready to dog-pile a rambunctious steer -- the village.

When I was 6 years old I saw a cow "drawn down" with an old timer's rope technique. It is free and only takes a few minutes. Today there are laws of handling cattle and your state may require a veterinarian to inject your critter and "put them to sleep" for a hoof procedure. Most vets charge about $100 or so for this service as it also may require an injection to "wake them up." With the rope, draw-down method, it is not specifically described in the legal regulations. 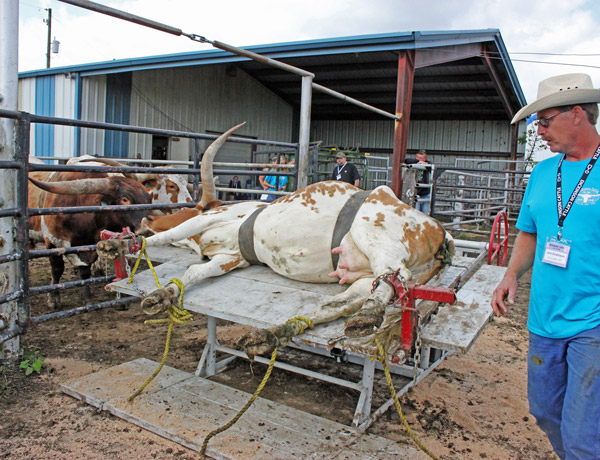 This is a wonderful $8000 hydraulic tilt table. It is fairly safe and quick to turn a critter on their side. They are seriously confined so handlers can safely trim a broken hoof, trim prepuce hairs off a bull, measure scrotals, give any shots, measure horns, doctor eyes or check teeth. Small herds will not want to invest in this expensive system for just a few cows. Horned cattle are no problem with this system no matter how wide the horns. 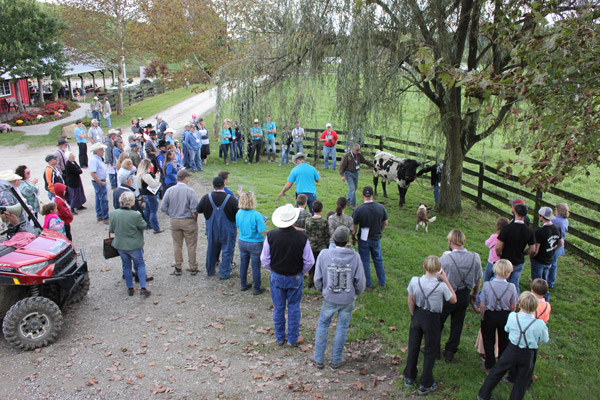 At the annual Dickinson Cattle Co Customer Appreciation Day, the last Saturday of every September, a number of procedures are demonstrated for clients. The "draw down" method of laying a critter down was explained by Joel Dickinson. It is low budget, works well on all cattle and will get things done. It starts by tying the "victim" to something solid from a low point. They are about to lay down so the lower tie point is good. 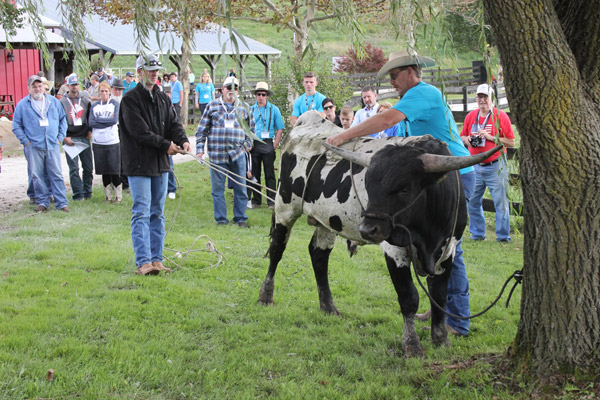 Two lariat ropes are tied together and placed over the top of the neck. Next, down between the front legs, cross, and up over the back, and cross, then down between the hind legs. Something about this combination of pressure points causes a near complete immediate paralysis. When pulled tight from the rear most of the largest animals will slowly drop over. If the person pulling moves to the side it can control the lowering of the subject to the desired side in a slow easy motion. 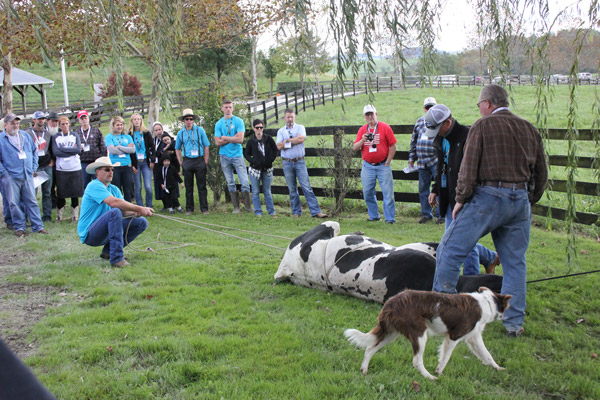 At this point hooves can be trimmed, or other treatments with very little resistance. Keep the ropes tight while the hooves are being trimmed. 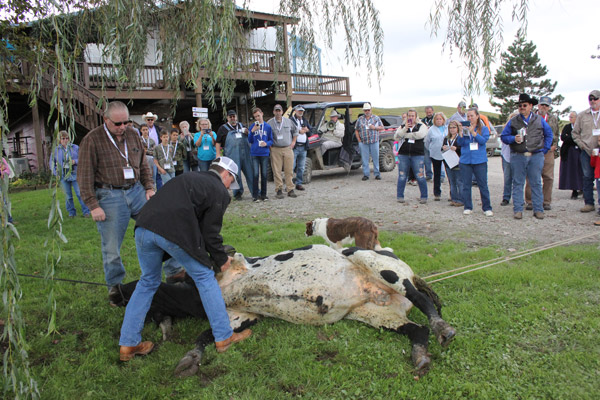 As long as the draw down ropes are tight the procedures can be completed. This doesn't take John Wayne and Clint Eastwood with a fast rope, doesn't take a licensed veterinarian, or an $8000 tilt table. It is low budget with no harmful after affects. When the ropes are released the subject gets up, looks around and wonders what in the world happened. 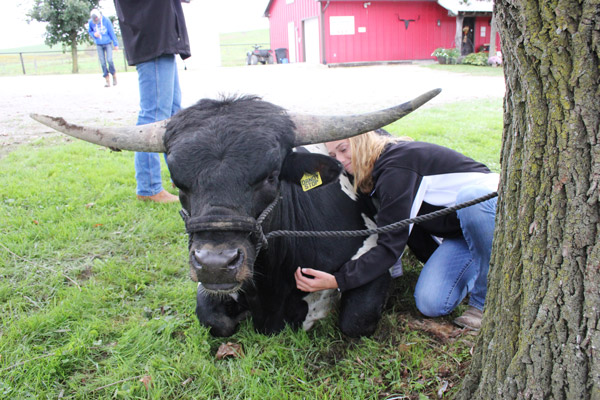 This is Kara's show bull. After he served as a guinea pig, he is assured that Kara still loves him and all will be okay. She tells him he is a good bull and -- still a bull. That is how it works. Each year DCC presents a number of demonstrations all designed to assist customers to succeed in the Texas Longhorn business. If cattle are your hobby that is good -- it is better, however, if your hobby is profitable. It is not hard.